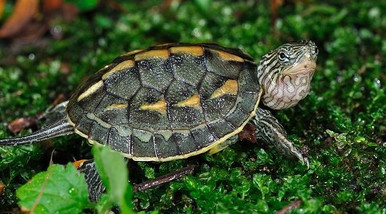 Level Of Care:
Intermediate
Native Of:
Southern China, Taiwan and North Vietnam
Diet:
Omnivorous, eating anything that fits into its jaws
Behaviour:
Specific in their Needs
Family:
Chelidae