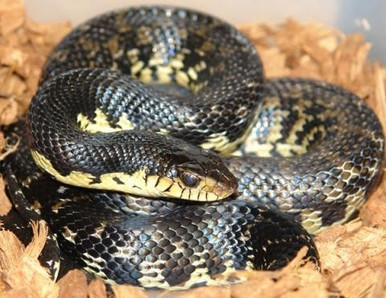 The hognose snake is a type of colubrid snake characterized by an upturned snout. They are notorious for playing dead when threatened. The hognose snakes consist of three distantly related genera that are artificially grouped together by the "hognose" common name: Heterodon which are predominantly found in United States and northern Mexico. Leioheterodon the Madagascar hognose snakes, and Lystrophis the South American or tri-colored hognose snakes. Madagascar giant hognose snakes are found throughout the undeveloped portions of Madagascar occupying sandy soils of the mixed grasslands, and dry and tropical forests of the island.